PLACENTIA, CA (May 10-14, 2021) – For Valencia High School the week of May 10 was Teacher Appreciation Week. Throughout the week Valencia’s Associated Student Body (ASB) put together small gifts of gratitude to give to teachers as well as posters to hang up all over the school.

Throughout the week, teachers got small tokens of appreciation delivered to them in their classrooms. One day it was their favorite soda. Another day it was their favorite candy bar. On the last day of the week, each teacher got a poster with their name and an encouraging message on it as a last show of appreciation. Students were also encouraged to show their gratitude to their teachers in their own way.

ASB put a lot of effort into making the whole week great for teachers. When asked about how Teacher Appreciation Week went from the organization side of things, ASB President Jackson Hartman stated “With Teacher Appreciation Week, ASB aimed to recognize the valuable contributions teachers have made this year to our learning and the school. Some of the ways we showed our thanks were through candy and drinks deliveries, personalized teachers signs, emails, and department recognition posters around campus. Overall it went well and we hope we showed our gratitude to the teachers who have adapted to teaching such difficult circumstances!”

Placentia-Yorba Linda Unified School District (PYLUSD) also released a statement on their website acknowledging the difficulties of this year and stating their appreciation for all the teachers of the district. In this statement PYLUSD stated directly to teachers “A sincere ‘thank you’ goes out to each and every one of you during this unique Teacher Appreciation Week. Your commitment to the success of the district’s students is truly what gives us the PYLUSD advantage.”

Researchers from Stanford University have investigated why individuals experience Zoom fatigue, with some of the underlying issues including excessive eye contact and constant video reflections. During Zoom meetings, an individual feels inclined to constantly make eye contact with their camera since everyone is looking at the screen at the same time. Additionally, Zoom users may find themselves constantly staring at their own video reflection and becoming self-conscious of how they appear on camera.

Since one of the largest factors of Zoom fatigue originates from the ability to view one’s video, another way to address Zoom fatigue is to use the “hide self view” function on Zoom. Hiding self view will prevent oneself from viewing how they appear on camera so that they do not constantly stare at their video appearance. To switch on the “hide self view” option on Zoom, the user should right click on their profile and then select the option to hide their view. LIbby Sander and Oliver Bauman from TED assert that being able to constantly view one’s own face can increase one’s self-consciousness and anxiety. Utilizing the “hide self view” function will allow a Zoom user to focus on the meeting rather than how they appear on camera.

Sitting for extended periods of time with a camera pointed at an individual can become extremely uncomfortable and exhausting. Vignesh Ramachandran from Stanford University outlines a solution; taking a short stretch break with a camera off time will help with the fatigue. When compared to an audio call, video conferencing becomes much more rigid for a caller as they cannot multitask, whether it be with sorting laundry or cleaning a room. Video calls require the caller to be present and constantly viewed by other meeting participants. As such, Ramachandran encourages all video conferencing participants to frequently turn away from their devices so that their bodies can reset. Ramachandran also recommends that individuals using video calling platforms should try to minimize the window so that their face does not fill up their entire computer screen.

To qualify for the League Finals, the members on each team would have to be a varsity starter. For those unfamiliar, League Finals, like many tennis tournaments, consists of eight seeds. A seed, also referred to as seeding, is the arrangement of players based on their wins for the League season, as defined by TennisPredict in “How Does Seeding Work in Tennis”.

“During individual league finals, though I somewhat expected at least one of us to win because we’d taken the first seed for both singles and doubles, the other team ended up playing much better than we expected, so we took third and fourth place in the end.” Halie Sung comments, sharing,“I was extremely proud of all of us since that meant we were league champions, but I was also proud because it showed that all the hours we’d spent practicing really paid off.”

This sense of pride was equally matched by Albert Lai, the Girls Tennis coach, “The girls have exceeded all expectations that we had this year.  It was a complete success as we were finally able to beat Cypress, our arch-rival in our league.” Lai also shares how hard the team had been practicing since the return to school, having two sessions a week. It is clear to see that their hard work was not in vain.

While Valencia was not able to qualify for California Interscholastic Federation (CIF) individuals which consists of singles and doubles, the team was able to qualify for CIF as a team. The first match was a clutch match, a nine to nine tie that resulted in a tie-breaker to determine the winner. The next two games allowed the team to make it to the semi finals, where eventually they would drop out, thus concluding the five month season for Girls Tennis.

PLACENTIA, CA – According to the California School Employees Association (CSEA), ever since the California Senate Bill 1552 was passed in 1986, every year on the third week of May, the state of California celebrates Classified School Employee Week (CSEW). According to the Orange County Department of Education (OCDE), classified employee positions are defined to be “every position not defined by the Education Code as requiring a certificate or credential and not specifically exempted”. This includes maintenance and construction workers, clerical staff, and technicians.

These normal challenges that classified employees face have been furthered during the past year with the COVID-19 pandemic. The many different classified employees within the district, such as custodial staff, food service workers, bus drivers, office staff, technical staff, paraeducators, school safety officers, and many more have been keeping up with the state’s standards in efforts to both keep the virus at bay and provide the necessary support to students, faculty, and their families as needed.

Prior to working in Valencia’s administration, Assistant Principal Truong worked as the district’s instructional coach for grades 6-12 for two and a half years. Within this role, he would assist teachers and students in incorporating “more phenomena and sensemaking into science classes to create a common experience that all students can build their understanding of science concepts from” through the Next Generation Science Standards program. Assistant Principal Truong also stated the role of educators as having the honor of “being part of the growth and development of young and creative minds.”

Assistant Principal Truong’s hobbies include spending time with his fiance and five year old dog, Ollie. He states that they would visit parks to chase squirrels with an emphasis on “never hurting them of course.” Other hobbies include staying active to attend new restaurants.

In his return to the Valencia campus, Assistant Principal Truong recognizes the similarities and changes that occurred over his period of absence. He noted how “Some things are just as I remembered, and some are even better, like the AC in the New Gym!” He also enjoyed seeing familiar faces of students he had once taught now become seniors who are graduating soon, and could not wait for the return of the student body as a whole.

With his return to the Valencia Campus, Assistant Principal Truong has already adapted into his new role, such as with his role in the organization of the AP (Advanced Placement) testing. In a closing statement, Assistant Principal Truong stated how “It’s a privilege to be back home at Valencia. Congrats to the Class of 2021 for persevering through the year and making the most of the bright spots.” 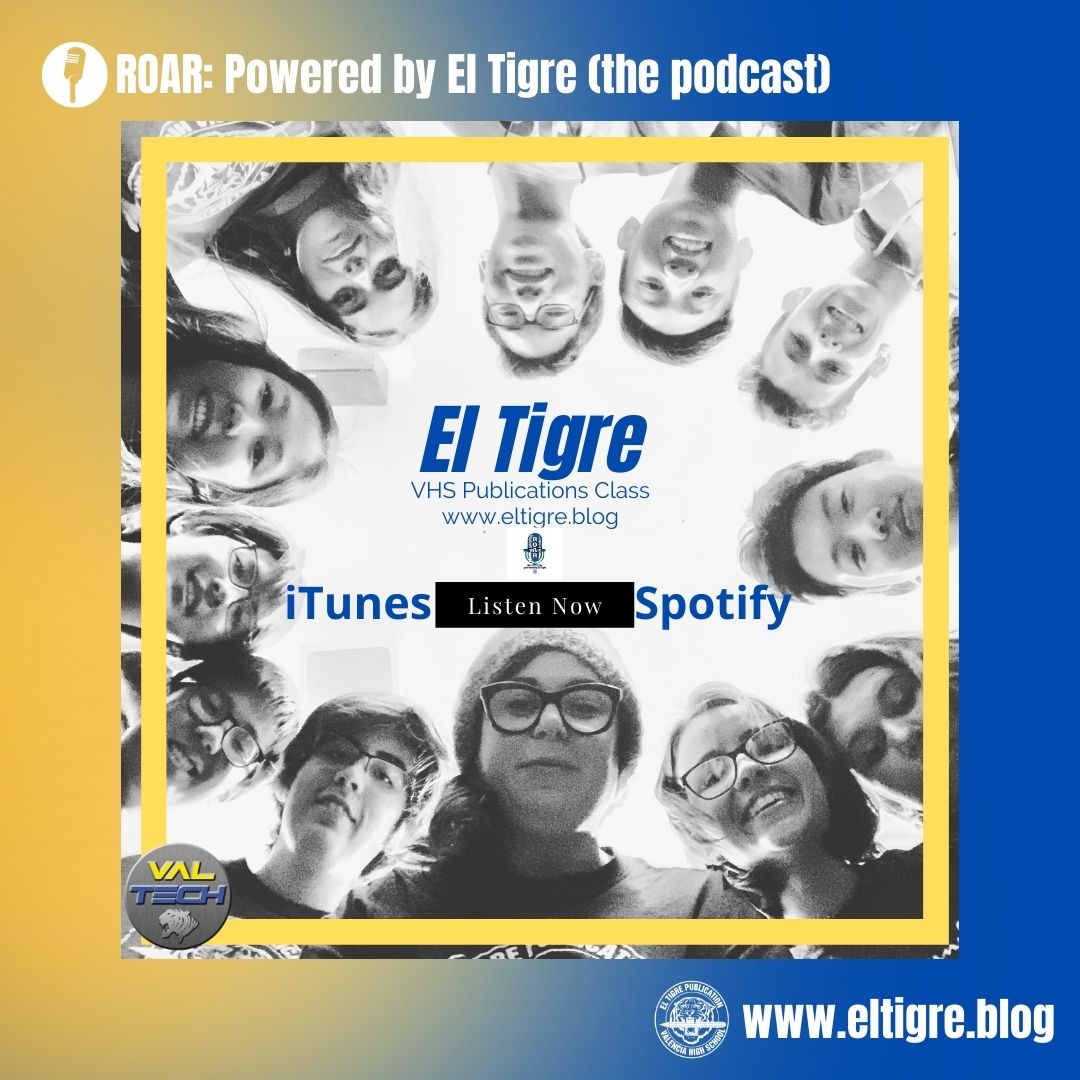 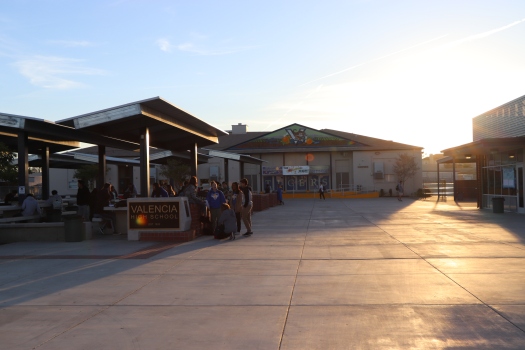